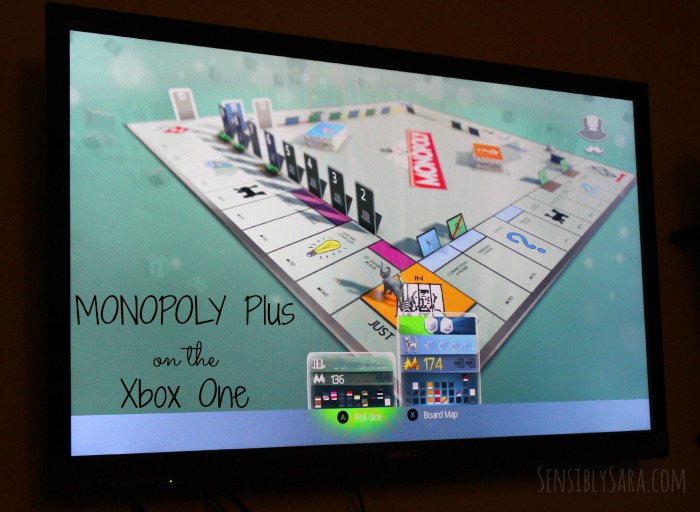 I grew up in a game-loving family.  I learned my numbers by playing cards with my parents and grandparents.

My husband’s family played games often when he was a kid.  In addition to every Friday, they played at least once a week, too.

And we’ve passed our love of games down to our kids – but we’ve done things a little differently!  While we still play board and card games at the table, we also really enjoy family game night with the help of our television. 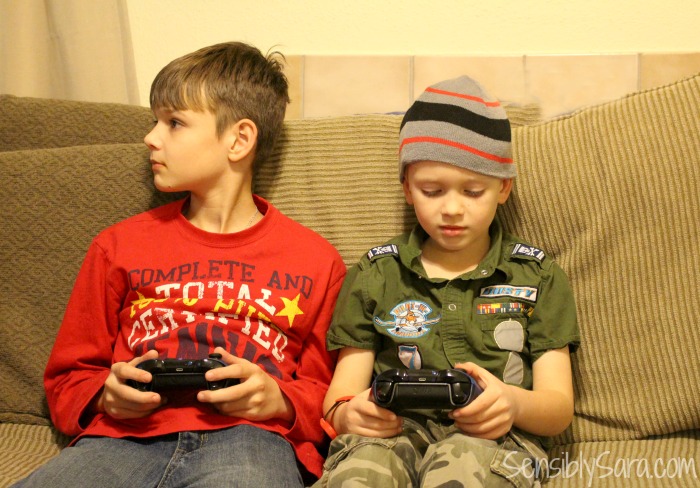 For the last several years, Hasbro has been one of our favorites.  We’ve been playing MONOPOLY Plus on the Hasbro Game Channel for a couple of weeks now and it’s so much fun! Last weekend my parents came over and we played MONOPOLY Plus.  My dad (definitely not a techy person!) was scared of the controller but when Colin ran off, dad was able to use it.  It was funny to watch him point the controller right at the Xbox.  When we finished the game, dad was in 2nd place! I will say, playing MONOPOLY Plus is not very fun with my husband because he gathers up as many properties as he can and then puts houses and hotels on them.  The kids and I are learning to team up and not let him have the properties he needs to form a monopoly, though!

MONOPOLY Plus brings the world’s favorite family gaming brand to a new level with the original 2D MONOPOLY board as well as a colorful and lively animated 3D version that evolves as you progress in the game.  MONOPOLY Plus lets players choose their favorite ‘House Rules’ to customize gameplay.  Up to six players will be able to enjoy MONOPOLY Plus online or offline.  MONOPOLY Plus runs $14.99 on the Xbox One.

Have you played MONOPOLY Plus?  Would you?

I was selected for this opportunity as a member of Clever Girls and the content and opinions expressed here are all my own.