**Full Disclosure:  I received a copy of Escape from Planet Earth for review purposes.  No other compensation was exchanged.  All thoughts and opinions are my own.  There may be affiliate links in this post. 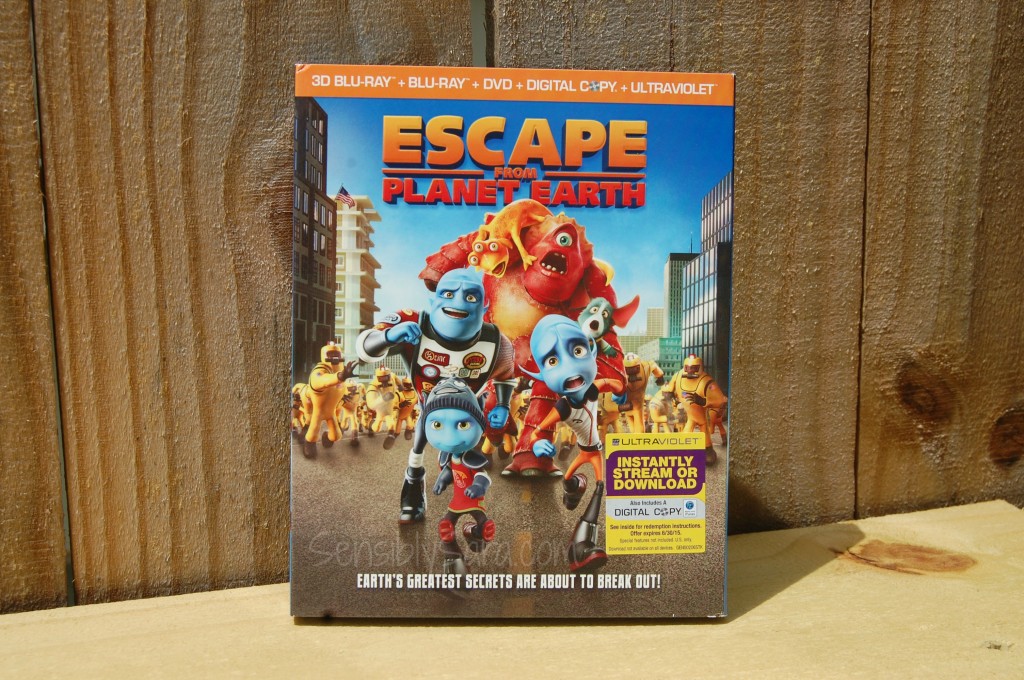 My family and I love to have living room picnics and watch a movie every Friday night.  Some nights my husband and I let the boys pick, other nights we get to decide.  Either way, we never watch anything too scary because after the movie, the kids get sent to bed.

So, last week I received Escape from Planet Earth and called my husband to let him know he needed to pick up the pizza on his way home.  While I cooked the pizza, hubs put the movie in and the kids put the towel down in the living room.

We thought the movie was great!!  The characters were fun which meant there were plenty of laughs to be had.  It’s definitely a movie I would recommend!

Escape from Planet Earth has a run time of 89 minutes and is rated PG.

In Escape from Planet Earth, Planet Baab’s most celebrated space traveler, Scorch Supernova, is a global hero whose interplanetary exploits are televised for the enjoyment of his ardent fans.  With the help of his brainy brother Gary, head of BASA Mission Control, Scorch has become a legend.  Scorch wins the love of a beautiful TV reporter, Gabby Babblebrock, and the devotion of Gary’s hero-worshiping son, Kip.

When BASA’s no-nonsense chief, Lena, intercepts a distress signal from the Dark Planet, a notoriously dangerous world in the far reaches of the universe, Scorch jumps at the chance to attempt the once-in-a-lifetime rescue mission.  But Gary tries to discourage his brother from making the trip, knowing that no intergalactic explorer has ever returned from the faraway world (Earth).  Scorch realizes too late that he has been lured into a deadly ambush set by the power-crazed paramilitary leader General Shanker.  Scorch is imprisoned and Gary rushes to his aid!

Only one person per household/IP address may enter.  This giveaway is open to US residents only and will run through midnight CST on Thursday, June 26, 2013.  The winner will be randomly chosen using random.org and an email will be sent.  The winner must respond within 48 hours or a new winner will be chosen.  The giveaway item will be shipped directly to the winners from me.  NOTE:  The prize cannot be delivered to a P.O. Box.